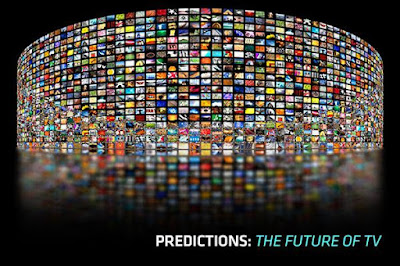 It's probably foolish to try to predict what will happen with television.  So much has happened in the past 5, 10 and 20 years that really couldn't have been predicted with any degree of accuracy.  For a long while now, I had predicted that television networks would make all shows On Demand.  In other words, there would be no more scheduling of shows.  You would be able to watch any show, any time.  Maybe someday that will be true, but it isn't here yet. Video

What I could not have predicted was broadband access, streaming television, and Netflix, among other advances.  Right now, television is in a state of flux.  Besides watching shows on your actual physical TV, you can watch them any time on various devices and from various companies.  For instance, on my DISH network, I can view many broadcast and cable shows On Demand.  However, it's not all of them.  For instance, if I want to watch current ABC shows, there will only be a certain number of episodes available.  If I want to watch CBS or CW shows, I have to subscribe to CBS All Access and watch it on another device (not the television).  To watch some cable networks, or older seasons of shows, or older shows, I must subscribe to Netflix, HULU, Amazon Prime, or another service.  Or, I can download a show on iTunes, or buy a DVD.  None of these are free except for On Demand (which comes with my DISH service). You can watch most of these on a device such as a ROKU, but you still have to pay for and subscribe to each of them separately. Unless you want to buy all of these services, it's easier to just record your shows on the DVR from your cable or satellite service.  Hopefully, one day they will stop fighting each other and make things much easier for the consumer to find their favorite shows. Video 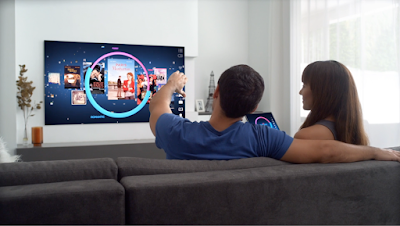 Those who can afford all of the services still have to put up with figuring out how to get them all to work.  There are just too many choices.  Good shows go on the air, but there are so many good shows that no one can keep up with them or figure out which ones they want to watch.  The shows don't get the audience that they should because no one knows about them.  Then there are people who, for one reason or another, can't afford cable, DVR or broadband streaming.  This means that fewer people are able to watch the shows that are not on broadcast networks.  Most people have a TV and can reach the basic broadcast networks.  However, that doesn't mean they're going to pay for all of the rest.  If you want to watch TV, you want the convenience of just turning on the television and changing the channel.  You don't want to figure out how to watch your ROKU, or watch on your laptop, or watch on your phone...  Especially if you're over 40.  That's why shows like NCIS are so popular.  As a TV fanatic, it makes me sad that some people can't watch shows that they would really like, if only they had the access. Video 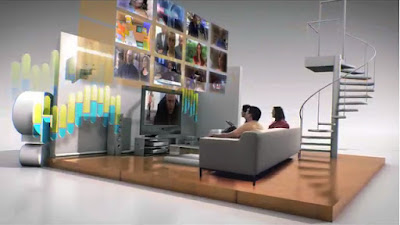 Netflix may be the closest thing we have to all On Demand shows because they have no schedule.  You can watch all of their original shows/movies any time, as well as many other TV shows/movies that have aired on other networks, or in theaters.  HULU, Amazon, and the others are doing similar things, but Netflix is in front of the pack.  They try to personalize viewers choices and predict that one day, subscribers will watch the shows tailored just for them.  It may be the end of the commercial, or it may mean fewer commercials that are more personalized.  It'll be interesting to see how it all turns out.  I hope it improves in my lifetime! Video 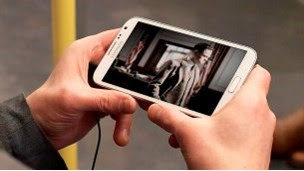 I think that there are very few people who like to watch movies, and some TV shows, on their phone. Even the largest smartphone screen is just too small. I think most probably use their tablet or computer. I hope that one day they'll come up with a tablet or phone that has a folding screen so that you can have a small phone but then unfold it to a large screen. LG has been working on one for a few years. 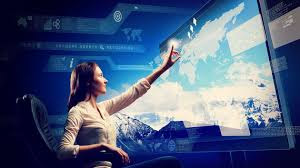 Some people think that the future of TV involves apps.  Being from an older generation (ahem), it's hard for me to wrap my mind around the integration of television with the Web and all of the apps.  To me they're separate things, even though I know you can watch TV shows on the Web and via apps.  To a younger person, there isn't much distinction.  This Techcrunch article predicts that apps are not the future of TV.  The article makes some very good points and tells us that not many people have actually cut the cord.  It shockingly points out this very obvious thing: people watch their shows because of the show itself, and not what network or device it's on.  It also suggests what the future of TV might look like if the consumer has a say (but I'm not sure we do). The Turner TV network executives seem to think that they're ahead of the game, but the content of their bad shows tells me that they're fooling themselves. 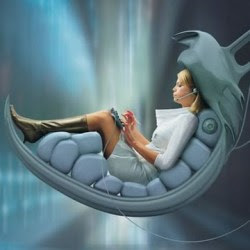 This article, from two years ago, suggests that the future of TV will be a combination of all the things we see now: live, On Demand, streaming, broadcast, etc., but easier for us to watch without all of the trouble and costs that we have now.  I hope these predictions are all true, so that we all get good TV, cheaper, whenever we want it, and easily.
Posted by Suzanne Lanoue at 8:57 PM