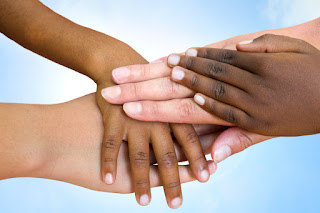 We know there is racism, or racial bias, in society.  There are literally millions of examples. I think that we're all a little bigoted about something, or somebody, at some point in our lives. It's part of being human, to notice differences between yourself and others, and to want to say that your group is somehow superior than another group.  It's how we deal with this bigotry in our hearts, our minds, and our actions that matter.  Morgan Freeman agrees with me.   He's an actor, of course, not a scientist, but there are many articles that support this idea.  The tribalism we all have can lead to racism, war and many other bad things. It dates back to ancient times.   Although many of us are horrified about racial bias, it seems unavoidable in these troubled times. Video 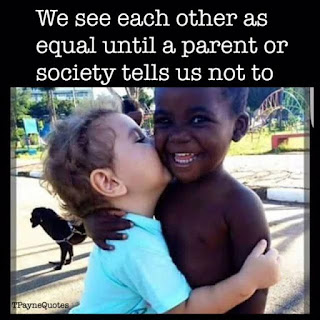 Social media is a segment of our society.   Some argue that it reflects the worst of society, including racism.   For better or worse, when you're on social media, you may see many of your friends, neighbors, relatives and/or acquaintances saying things that are racially biased. 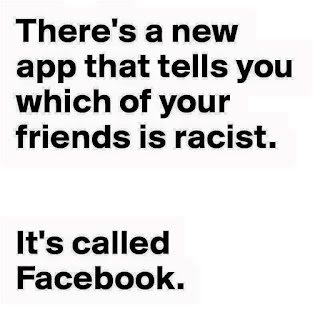 I want to focus on racial bias on Facebook, particularly the racial bias shown when people share surveillance and other videos. I have 976 Facebook friends and belong to many Facebook groups.    The average number of Facebook friends is 338. I only know about 25% of my Facebook friends from real life. However, I have a very diverse group of friends, both in real life and on Facebook. They come from all different ages, genders, races, areas, and classes.  Sometimes I will see a Facebook friends post something that I don't agree with, and sometimes they share videos or other memes that I don't like. Even worse, if I'm on a group, someone on that group will sometimes share a video or meme that I find highly objectionable. For the most part, I ignore it, or even welcome diverse points of view. However, when it's something that's bigoted or sexist, I often do argue with the person who posted it. Sometimes it's cost me some Facebook friends who are acquaintances or distance relatives. I try not to argue too much on Facebook now about politics, but I feel that if you don't speak up when someone says something terrible, then you're sanctioning it. 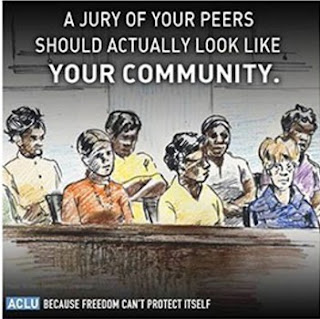 In my 19 years on Facebook, I've noticed that often, someone will post a video that they think is funny, or the video shows someone caught doing something terrible. Either that person is being arrested, or stealing something (in a surveillance video) or they're causing a big public scene, etc.  Of course, people of all types can get in to trouble when caught on video, and you can find most of these videos on YouTube or other video sites.  I've noticed, though, that oftentimes, the comments from the video (the person who originally posted it) will say something very nasty and racist about the person in the video, especially if that person is black.  Then the comments below the video are often even worse. 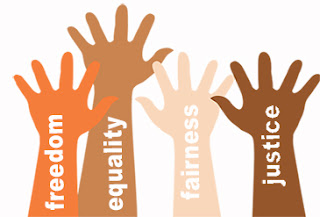 Seeing these shared videos makes me highly suspicious that the individuals sharing them are doing them for one main reason: to make fun of African-Americans, to call them names, to say racist friends, and to get their friends to do the same. Their attitude is, "Look how terrible this black person is acting!" as if to reinforce their racist beliefs.  Even if the person posting it doesn't mean to be sharing it in a racist way, by sharing it, and allowing their friends to say racist things, they're reinforcing that racial bias. 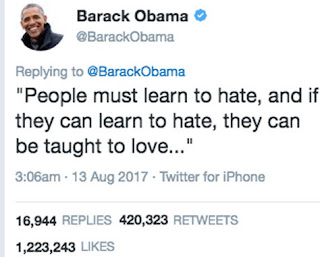 Many of these videos are surveillance videos. Apparently I'm not the only one to feel this way because the Bay Area Rapid Transit System has stopped releasing any video footage from its surveillance cameras of assaults that happen on their trains because they feel it creates racial profiling and bias.  The media, which can also have racial bias, shows a lot of these type of videos, too, but without the type of openly racist commentary that we see on social media.  Racial bias seen on media, or social media, can impact other people's opinions and lead to more racial bias. 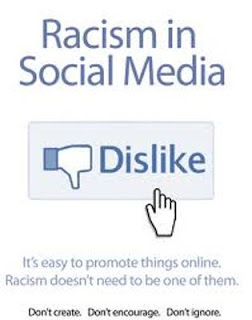 There is so much racial bias on Facebook that a Congressman has asked Facebook to do something about it, particularly when it comes to fake posts from Russian sources.    We know from recent news events that Russians spread discord on social media during the 2016 elections, including racial discord.  Facebook turned a blind eye to a lot of these fake posts, and now they're getting flack for allowing them to happen. 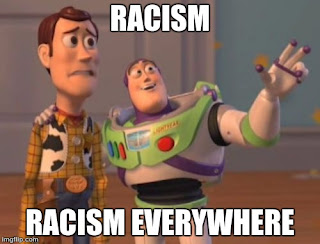 Still, it seems that there's very little stopping the average person from posting these terrible videos and spreading racial bias. One of the actors I follow shared this one, and you can see from both the person who originally posted it, and the comments below the video, that some delight in calling the person in the video "ghetto trash". "Ghetto" is one of the code phrases racists use to mean African Americans, along with "thug" or "urban." (My actor friend was not posting it for racist reasons; he posted it for pro-vegetarian reasons. Still, I don't think he should have posted it.) 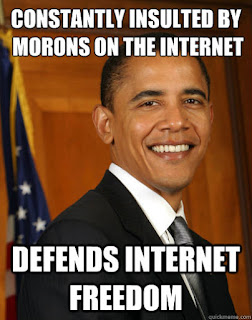 Here's another racist post I found easily, about famed boxer Floyd Mayweather and some Scottish boxer.  Here's a post that just attacks Michelle Obama, and you can still find plenty of attacks online about her and the rest of her family, even though they're no longer in the White House.  If you go to Facebook and search on "ghetto" or "ghetto trash" or the N word, you will find way more horrible posts and videos than you should. You can find many on YouTube as well.  There are many people, like this horrible racist, that post these type of videos, or makes comments using the words "ghetto," or worse. This guy even advocates violence against African-Americans. Fortunately, Facebook did remove some of his worst posts since yesterday.... 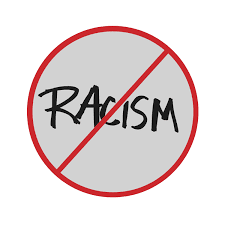 I wish I could show you more research about the racial bias on social media as shown by shared videos, but unfortunately, there doesn't seem to be much that I could find. I did speak with my friend Dr. Utz McKnight, who's an expert on African-American studies. He's the Chair of the Department of Gender and Race Studies at the University of Alabama.  I asked him for any research or articles about these topics, but he didn't know of any. He replied, "I think your point is correct. That the sharing is itself an attempt to promote racial differences. ...Sorry I can’t be more helpful.  I can’t think of an article on this that stands out. But you are certainly correct." 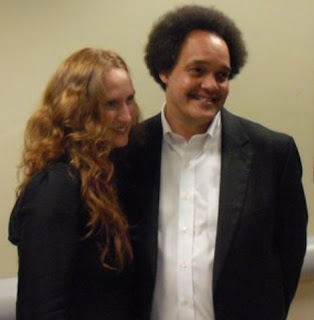 Posted by Suzanne Lanoue at 8:43 PM